Learn more from Hamid’s book The World of Trump: Essays on the End of an Era, and the Dawn of a New One a collection of short essays discussing the impact of the American elections on Europe, China, and Africa.

Since the publication of Clayton Christensen's The Innovator's Dilemma in 1997, the business world has embraced disruptive innovation and celebrated the entrepreneurs and innovators who were able to unsettle well established competitors.

President Donald Trump seems to have borrowed the disruptive innovation playbook and has been applying it to politics and government. In so doing, he certainly has succeeded in unsettling the Washington establishment:

So far, Trump’s rise to power is a kind of disruptive innovation success story: he was able to beat a well-established and wealthy competitor in Hillary Clinton by flipping the tables and changing the rules of the game. It might seem surprising then that Silicon Valley has not embraced his brand of disruption: with the exception of Peter Thiel, most of the major Silicon Valley players have publicly criticized Donald Trump and supported Hillary Clinton.

Indeed, the key difference between Trump’s vision of disruptive innovation, and the concept as it is practiced and celebrated by Silicon Valley entrepreneurs is “progress”. On the one hand, according to the ideal that many entrepreneurs defend, disruption drives technological progress that will contribute to the welfare of humanity. On the other hand, the kind of progress Trump is seeking to achieve is focused on his own power and personal wealth.

While President Trump’s initial efforts to change the rules of the Washington game have successfully propelled him to power, this disaccord with Silicon Valley disruptors - and his apparent disregard for the greater good - may reveal the limits of his style of disruption and halt his political rise-to-power. 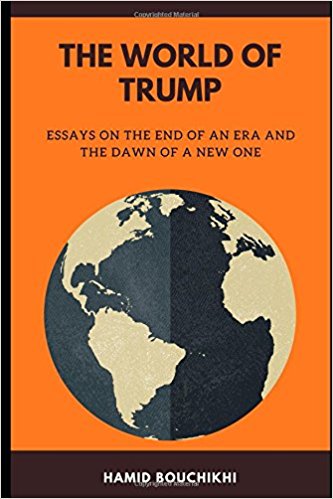 Tapping into the knowledge-based economy: How to boost your organization’s innovation

Educating our future business leaders: Beyond teaching as usual

For an African entrepreneurial area

Why are some companies more competitive than others?

Emerging Luxury Brands: Can they compete with the old guard?

How to build a proactive workforce: Training problem solvers or strategic change agents?

The Brexit Negotiations: The weigh-in before the match

3 keys to marketing your business in the Muslim World

Of Mirrors and Echoes: How Narcissistic CEOs Build their Professional Worlds

Entrepreneurs, do you know how to use informational leverage?

VIDEO: 3 minutes to develop a strategy for success

Does going to business school turn you into a more selfish person?

Master and Puppets: How Narcissistic CEOs Build their Professional Worlds

Luxury and the power of enigma

Art as a Reflection of Rising Economic Inequality

What Lessons can Family Businesses Learn from the Luxury Industry? Part 1

Flattering your boss: Good for you…but bad for him

Are CEOs Worth Their Sky-High Salary?

What can Cubism Teach Us About Radical Innovation?

Moroccan Businesses and the Energy Challenge

Should firms hire consultants to boost their performance? Insights From the Bordeaux Wine Industry

What Really Drives the Ability to Innovate?

Paris 2024: Paralympians in the Spotlight!

On the Brink of a Breakthrough?

The CEO’s Journey to Sustainability

The other side of the global environmental conversation

5 Lessons Learned by BMW in China

The Electric Car: to Buy or Not to Buy?

Sleeping beauties: How to transform your brand into legend – and sell

How to Steer a Controversial Innovation Towards Acceptance -- and Success

Can Generation “Y” Change the Way we Think About Business?

Fosun vs Bonomi: Club Med’s Customer Strategy at the Heart of Negotiations?

How the Best Teams Solve Problems

Free Market Capitalism, More Than Sixty Years in the Making

From Divergence to Convergence

How Alliances Impact your R&D Capacity

Diversity, a Catalyst for Innovation and Creativity

Time to evolve or perish in a changing world

The Strategic Evolution of Electricity Markets

High-tech Innovation ‘Made in China’

How to Foster Innovative Thinking within Corporations?

Are there some benefits to a bad reputation?

Corporate Philanthropy: don't ask "why", ask "to what end"

What luxury brands look for in their managers

For an entrepreneurial ecology

The Future Will be Printed in 3D

What Makes a Great Leader?

Looking to Start Your Own Business?

Are pushy sales tactics contagious? Treat your business partners as you’d like them to treat their clients

LafargeHolcim, a Merger of Equals?

Globalization and the Return of Geography

The Perks and Perils of Effortless Communication in the Workplace

Our idea of business is broken, but there's hope for the future

Flipping the formula is what keeps Game of Thrones’ audiences hooked

Being part of the territorial consultation process takes courage

The Boeing 787: the Dreamliner Wakes up To Reality

How Emotional Intelligence impacts your salary

A Reclining Nude and a Soaring Market

Quotas in Boardrooms as a Legal Means to Improve Gender Equality

When Legroom Comes at a Premium, Are Airlines Shooting Themselves in the Foot?

The Logic of Luxury in Emerging Markets

If you think you "get intrapreneurship"... think again!

How Can Africans Profit From World Trade Liberalization?

What Lessons can Family Businesses Learn from the Luxury Industry: Part 2

Academy Awards 2013: The Balancing Forces of a Cultural Industry

Co-innovation: Get Your Clients Involved in the Creative Process

Five Strategies Used by Luxury Brands to Survive the Crisis

A first by ESSEC Business School: An interactive negotiations i-Book

Philanthropists, think about the impact of your donations

Anticipating in a World of Uncertainty: How to Responsibly Innovate?

Responsible Leadership: How to really make a difference