In a world of ever-expanding knowledge where research has become increasingly complex, the scientific funding – extremely uncertain, and where cutting-edge research requires labor to be divided among researchers, professor of management Sen Chai looks at two possible alternatives to permanent proximity. In studying how individuals collaborate through temporary and virtual proximity to combine their expertise and spread knowledge, she sheds light on the impact and possibilities temporary colocations offer to attendees in terms of knowledge spillover and collaborative ties. Given the various implications for practice, her research can and should be read as a model on how to devise a successful collaboration strategy that will drive business value.

The Myth of the Lone Genius

A falling apple from the tree prompted physicist Isaac Newton to formulate his laws of gravity. A real “light bulb” moment. Eureka! Unfortunately, not all of us are as that lucky and even though we would like to perpetuate the myth of the lone genius, it is rare and becoming rarer still. Instead, individuals collaborating in teams are the predominant contributors to the production of knowledge. They have become the norm nowadays.

How Does One Create Knowledge?

Therefore, imagine the following scene: you have been working on a project for several weeks and at some point, you reach a dead end. You do not how to proceed, no solution seems viable or satisfying enough. You buy your colleague a coffee and you start a discussion; from this exchange new ideas may come out, leading you thus to the one moment where you want to cry out “Eureka”. No, you are not bizarre; it is simply the consequence of geographic proximity.

It is important to highlight that geographic proximity is an important factor that reduces the cost of meeting and interacting with others. It enhances information flow, and potentially the formation of collaborative ties. Look at firms, for example, within them information diffuses. Headquarters, company towns and corporate campuses are created to facilitate contact and interactions. Even lunchrooms and photocopiers can influence the level of interaction among members. Hence, when it comes to locating firms, plants, and R&D centers, managers are faced with important decisions regarding knowledge spillover and collaboration. If permanent proximity is difficult, if not impossible to attain, other alternatives to knowledge spillover and collaboration exist.

The Case of Temporary Colocation

Scientists who desire to communicate and exchange knowledge in person have long used temporary colocation whether by visiting one another’s universities, creating academies, attending seminars and conferences. And since knowledge production relies on novel recombination of ideas from distant and diverse sources and has increasingly become a team endeavor, temporary proximity enabled by events such as conferences is expected (few are the studies that have assessed the impact of temporary colocation on knowledge spillover and collaboration) to enhance the formation of spillover and collaborative ties.

After examining temporary proximity through the research behavior of over 1,200 individual attendees of the 15 Gordon Research Conferences in the natural sciences, one of the most prestigious conferences in the natural sciences, professor Sen Chai finds that participating in conferences has a significant impact in steering the research path (and career) of participants. Temporary colocations have the potential to yield spillover and collaborative benefits similar in quality to those generated by permanent colocation. Moreover, bringing distant researchers together allows attendees to be exposed to a more diverse set of ideas. And if they happen to share the same or a similar research interest, tie formation goes from probable to possible.

In a world driven by cost-effectiveness, finding the funding (and the time) to physically attend conferences has become uncertain and unclear. We are nevertheless observing a “new” phenomenon: the rise and wide use of virtual colocations. A simple online search will do the trick and provide us with many lists assuring us virtual conferences are the future. But are they really?

Is Virtual the Future?

It is only normal to wonder if, in a digitalized age, virtual conferences will not eventually supplant physical colocation (whether it be permanent or temporary). It is widely accepted that, along with peer-review journals, academic conferences are important sources of knowledge dissemination and act as a primary channel for information exchange between scholars. Attending conferences is important because they allow scholars to stay current with the field while at the same time they are invited to showcase their work.

But time is precious and time is money. The greatest perks of virtual conferences are the gain in time and money savings. The travel time and costs of having to get to a physical conference can be burdensome if not prohibitive. Moreover, virtual conferences enable individuals to address and work on the main points quickly and directly, without losing time on details that are less important. When it sounds too good to be true, it often is. Virtual conferences pose the problem of transparency: participants cannot tell if the other party is being honest or not, which can be quite problematic in the case of two people working together. With limited non-verbal and facial cues, there might be confusion in clearly understanding what others are trying to convey, hence virtual conferences may be an obstacle to building social links.

Virtual conferences have the promise to considerably change the way researchers organize and meet temporarily to exchange ideas. Yet, there is still a long way before they come to replace physical conferences, the platform of convening being in its infancy and not as widespread as physical conferences.

What Is in It for Practice?

If we look at figures, they are mind-blowing: in the United States alone, approximately 25,000 professional research conferences are held each year. The average yearly attendance has increased by 54% from 2002 to 2008. However, the debate regarding the impact of such meetings remains active. Even though scientists are advised to attend conferences to further their academic careers, they may remain reluctant to the idea because of the potential productivity loss. Given the lack of clear indication of how conference attendance will affect them, they are not necessarily willing to attend. However, attending different forms of temporary and/or virtual colocations facilitates the search for potential collaborators; it also helps researchers establish a community. These findings go against the idea of supporting conference attendance only if the researcher presents work. We have understood by now that bringing people together and giving them the opportunity to exchange ideas and to create ties leads to more impactful and creative innovations.

When it comes to managers, instead of fully committing to one specific location, why not test ties out by organizing events where employees break out of their routines and interact with a different set of people? Temporary colocation is perfect for that. It is a cheaper and more effective alternative giving managers a certain degree of flexibility before (over)committing. Let us not forget that diversifying the types of ties has an impact on the flow of ideas as well as on collaborations and knowledge transfer. If chosen accordingly, temporary colocation affects the subsequent direction of R&D activities.

Common belief may not attribute temporary colocation to have significant impact on information flow and/or collaborative ties. In her research paper, Professor Sen Chai provides evidence of the contrary: temporary proximity whether it be physical or virtual is not innocuous. It sure is a cheaper alternative to permanent colocation that is almost impossible to attain. In fact, it is much more than a simple alternative; in studying the behavior of more than 1,200 individual attendees, Professor Chai shows that the channels of information flow and ties persist well beyond the temporary interactions. 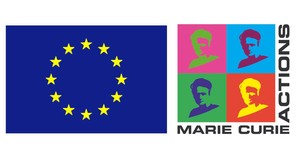 On Kojève, the European Union and the Role ESSEC Business School Has to Play

Organized Crime Infiltrations in Legal Markets: What Implications for Entrepreneurship?